Dear Matthew: I pray you'll make me your woman. No? Okay whatever.

You'd be forgiven for assuming that the lads of The 1975 -- MTV Artist to Watch alum, Woodie Awards performers (and winners!), and the same blokes who make serious, cryptic, cinematic, jaded and jilted clips that feel more like noir art films (watch "Settle Down" and "Chocolate" immediately) than music videos -- would be similarly #dark and #dramatic. And you'd also be forgiven for being wrong.

I caught up with The 1975's Matthew Healy and George Daniel backstage at the mtvU Woodie Awards in Austin and found them utterly charming, utterly funny, and, yes, utterly attractive. Like, painfully attractive. Devastatingly rakish. (Like, I didn't really understand anything they said because I was too busy staring at their lips and perfect hair and cheekbones and other things.) Like, this was me: 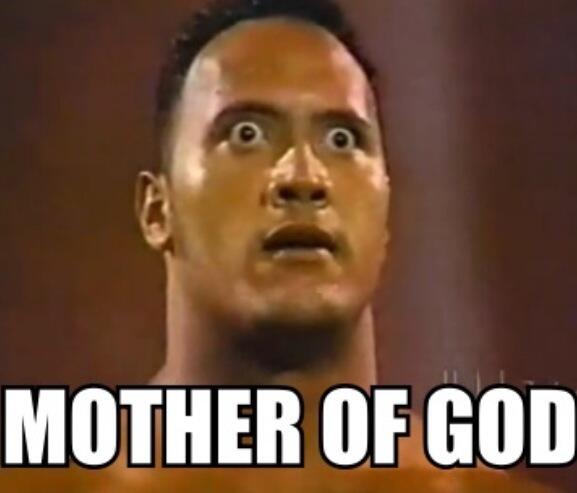 WHAT? THEY HAVE A SONG CALLED "SEX"! WHAT'S A GIRL SUPPOSED TO DO?

Sadly (for me), The 1975 found fellow Woodie Awards performer Iggy Azalea even more attractive as evidenced by their reaction when she walked by during our Woodies interview. (Understandable. We're crushing on Iggy too.) Fortunately I had their attention long enough to discuss what they're focusing on since releasing their No. 1 self-titled debut: finishing up their second album, due out next year; doing a little light reading, as in Stephen Hawking's "A Brief History of Time"; and, perhaps most importantly, dropping crucial Three 6 Mafia lyrics to "Roll With It." Also, I just found out The 1975 is staying at my hotel so, bye forever, I'm off to make a baby. (#makersmarkercranberryvodka)

+ Watch The 1975 discuss their next album, their favorite Three 6 Mafia lyric, and Iggy Azalea, check out more Woodies interviews at pepsi.mtv.com, and don't miss their Woodies performance on Sunday, March 16 at 8 p.m. ET!