It's likely that you know Freddie Prinze Jr., '90s teen heartthrob from movies like "She's All That" and "I Know What You Did Last Summer."

But are you familiar with Freddie Prinze Jr., Marvel comics character?

Back in the magical time of 2002, when the Ultimate version of the Avengers were just starting, a Hollywood actor named Freddie Prinze Jr. went on a date with Betty Ross, the girlfriend of Bruce Banner a.k.a. The Hulk.

This didn't sit too well with the Hulk.

So he went after Freddie Prinze Jr. 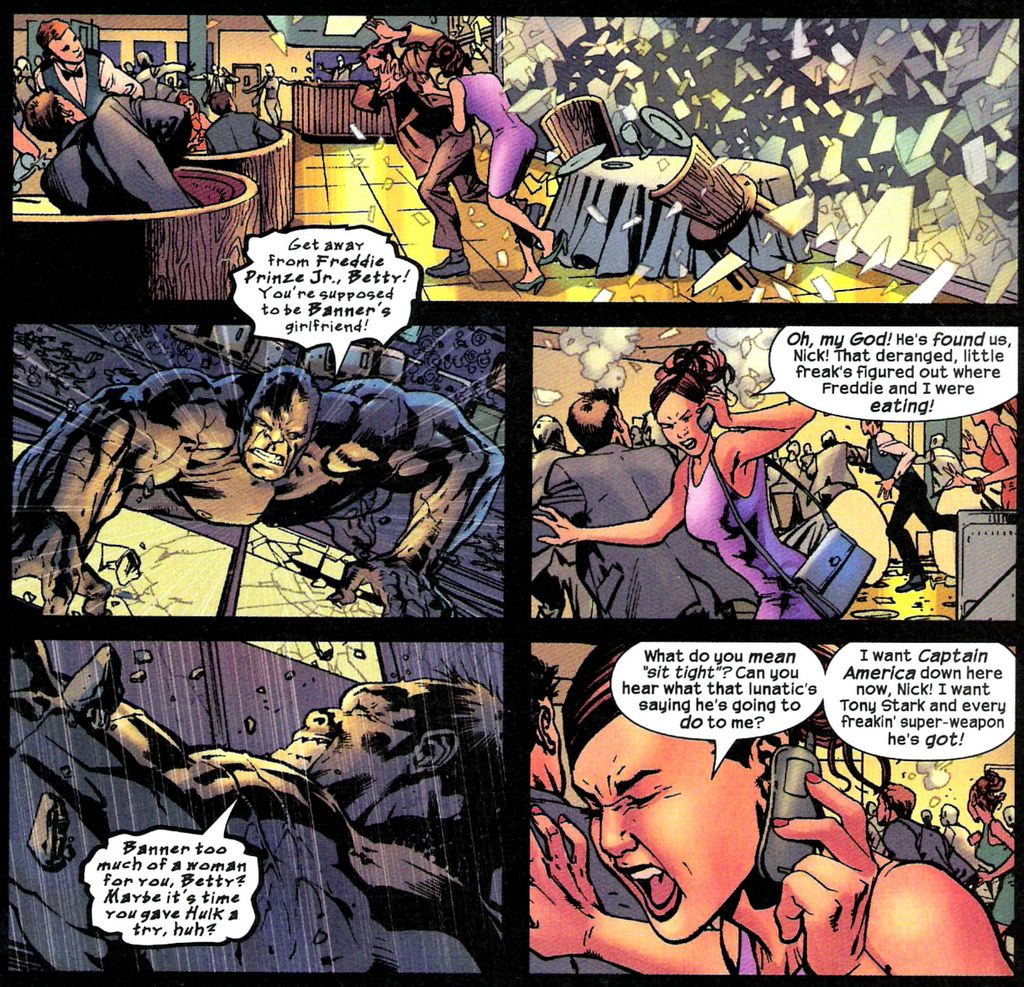 But thanks to the Avengers, the actor made it out safely.

Last week at Comic-Con, the two former rivals found themselves in San Diego: Prinze for "Star Wars: Rebels" and Hulk (or Mark Ruffalo) for "Avengers: Age of Ultron." So are there any more hard feelings? Sounds like it.

"Hulk had beef with me," Prinze said when I asked about the troubled history. "I've got a Hulk pool toy, so he don't look so tough now. Bring it, Hulk."

Think he's joking? The man even called out Mark Ruffalo.

Ball's in your court, Mark.