You thought he was gone. You thought it was over. Turns out, you didn't know Jack.

After eight seasons of bomb-stopping, clock-ticking action, and four years off the air, Jack Bauer is back tonight in the form of "24: Live Another Day," a limited series event that chronicles yet another very bad day in Jack's life. The real-time thriller has shaved its episode order by half, offering up only twelve hours spanning a full 24-hour period.

Beyond that change in format, here's everything you need to know about "24: Live Another Day," and why you need to tune in. 4. Which means this guy isn't coming back:

5. When we meet him again, Bauer has been a fugitive on the run for four years, wanted for his crimes committed at the end of Season 8 — crimes like this little bit of awesomeness:

6. At the start of "Live Another Day," Bauer turns up in London, looking a little worse for wear:

7. When Bauer resurfaces, several forces are hot on his tail, including the CIA, led by Director Steve Navarro, played by Benjamin Bratt: 8. Also on the team is Kate Morgan, an outgoing CIA operative played by "Chuck" and "Dexter" veteran and all-around badass, Yvonne Strahovski:

9. Perhaps no one wants Bauer in custody more than this guy, played by Tate Donovan: 10. He's Mark Boudreau, the new White House Chief of Staff. He also just so happens to be married to this woman:

11. Audrey Raines, now Audrey Boudreau, back in action and looking a whole lot better than the last time we saw her:

12. Audrey and Jack have a complicated history as star-crossed lovers:

13. But now, Audrey is with Mark, adding another wrinkle to Jack's day. As for Audrey and Mark, they're both in London along with the new President of the United States: 14. That's right: James Heller, former Secretary of Defense, is now the POTUS. Good thing he has people to drive him now, considering what happened the last time he was behind the wheel: 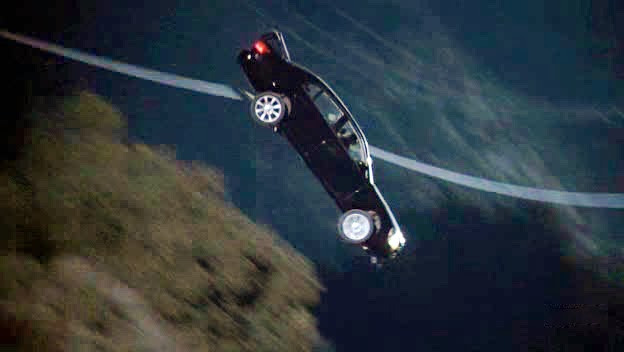 15. Everybody is worried that Jack is in London to do the President harm, which isn't a bad working theory, considering one of Jack's last known acts involved him doing this: 19. Now, for some bummer news. As of now, it doesn't look like we'll be seeing this guy again: 21. Chloe O'Brian, Jack's trusty sidekick! Except she looks a little different on "Live Another Day." 24. Jack and Chloe! Together again! If you watched "24" while it was on, you have to watch it now that it's back. Because if you don't…

Are you watching the "24: Live Another Day" premiere tonight?