Five new names are in the mix to play one of the lead characters in director J.J. Abrams' upcoming installment of the "Star Wars" films. The role is expected to be a Jedi apprentice, according to Variety — and one of the actors in contention is already a familiar quantity where the "Star Wars" rumor mill is concerned. 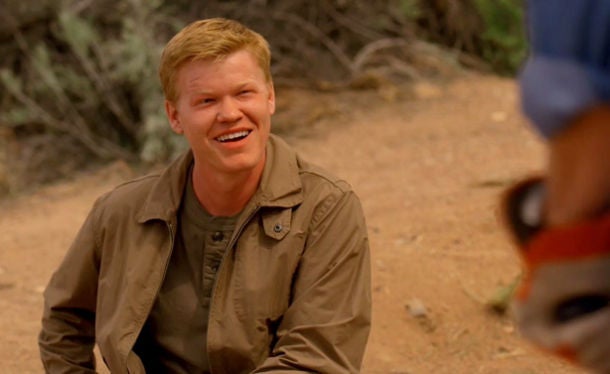 Up first, Jesse Plemons. The "Breaking Bad" and "Friday Night Lights" veteran was mentioned as a "Star Wars" contender as far back as January, with rumors suggesting he could play Luke Skywalker's son, or at least his trainee. Whatever the case, it appears he remains in the mix.

Next, John Boyega. He's best known for his starring role in "Attack the Block," written and directed by Joe Cornish, once rumored to take over the "Star Trek" director reins from Abrams. That strange bit of symmetry aside, Boyega was an absolute all-star in "Attack the Block," breaking out as a fully-realized action star dealing with self-doubting insecurity. He's an excellent, left-of-center pick for "Star Wars," should Abrams and Disney pick him for the film's lead.

The other three actors are less exposed than Plemons and Boyega: "Downton Abbey" actor Ed Speleers, and stage actors Matthew James Thomas and Ray Fisher. These five actors are supposedly at "the top of the list" for the "Star Wars" lead, but it's also possible that the search is ongoing. For now, as with all things "Star Wars," nothing is final until further notice.

Which of these five actors could you see as the "Star Wars" hero?