This is Christian Bale: Human Balloon.

But when did it begin? When did it become clear that we were not bearing witness to someone who bats an eye at putting on the entirety of Al Roker's surgically removed body fat over the course of one Sunday morning brunch? We examined Bale's film career, dating back to 1992's epic "Newsies," to individually parse the amount of weight he added or dropped for a role — strictly via the eye test. That's right: Not by asking the Internet or reading any at-the-time articles, but by trusting the ol' gut, so to speak. After all, that's what we're discussing, right? Guts?

"Here, kid: Experience my physique," is what Bale's character Jack memorably says to this young boy in the above gif from "Newsies." Still toward the beginning of Bale's career, he undoubtedly wished to establish his name in Hollywood before attention inevitably shifted to his X-Men-like weight gain/loss abilities. We see you, Christian.

The only thing Bale gains for this role is a healthy scowl, like someone just farted on the subway.

Did he lose a pound or two? Or does his brand new Bolton-flow only give us that illusion? You be the judge. Actually, no, we'll be the judge.

(Heavy sigh) Christian, we're getting a little tired of this normal looking physique. Could you either hit the gym or spend the next three weeks at Chipotle? You're ruining the article. Thank you. We wait two long, Better Than Ezra-fied mid-'90s years between Bale movies, and what do we have to show for it? A perfectly normal-looking dude. He looks like if the guy on the door of every men's public restroom came to life.

He might have gotten a LITTLE skinnier for this role, but frankly, making that conclusion would just be us rationalizing the lack of activity at the beginning of his career. Which is what we will do. 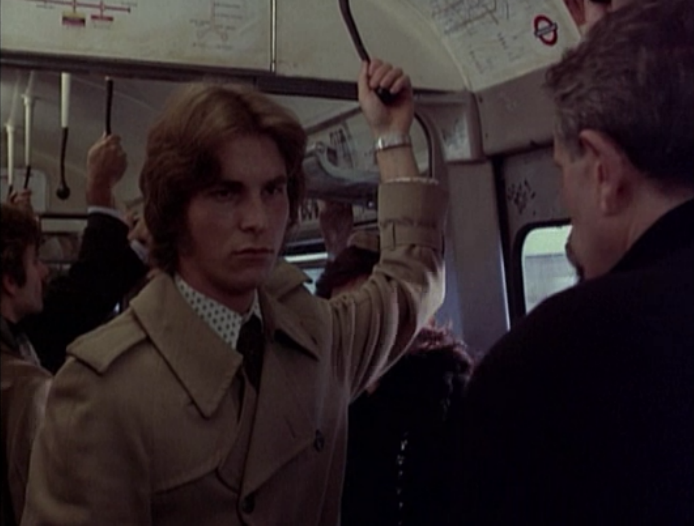 We get it, Christian. You are a handsome person. God. Ok, NOW we're talking, kind of. Bale at least did a few bicep curls before filming "Velvet Goldmine," more than we can say for his previous seven movies where he only did hair curls!... we'll find the door ourselves.

Accepting a role in "All the Little Animals" sadly meant Bale could no longer walk around without a shirt and ask unsuspecting ladies the correct direction of the nearest beach.

This feels like one of those roles where Bale knew he would be shirtless, did some light cardio, maybe even some pushups, and went out of his way not to embarrass himself. Having said that, it goes without saying that anyone standing next to Calista Flockhart looks positively portly. 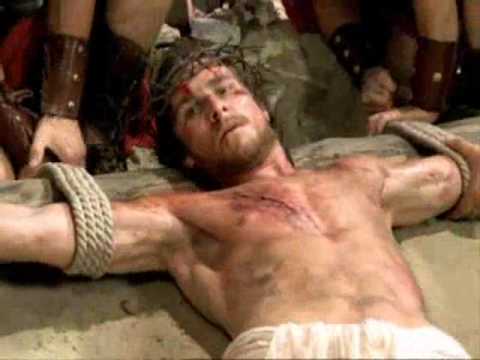 Look: Uncomfortable reality or not, Jesus had abs. That guy could have had his own workout show on ESPN2 weekday mornings in the '90s. And Bale knew it.

It's a movie based on a Bret Easton Ellis book, guys. By rule, the protagonist is required to have no more than 3 percent body fat. In doing two hours of lifting and three hours of cardio every day for six months, Bale was only following guidelines. Related: Please stop pointing at whatever's over our shoulder, Christian, unless it's Bret Easton Ellis. Thanks.

It seems like he may have lost a few pounds for this role coming off of "American Psycho," but the real story here is that Christian Bale was in "Shaft." Let's all have a good laugh about that together. Here we go. This, we feel, is where the "human balloon" element really comes into play. It's like he plugged his body into a wall and held a button down for two minutes like an aerobed. Dude puts the "roll" in "role." 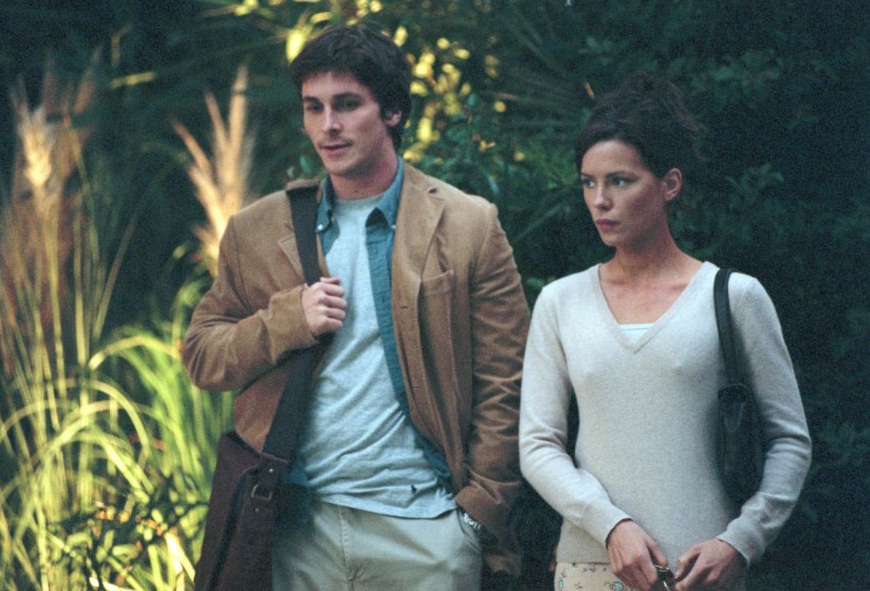 In "Laurel Canyon," he seems to be at regular weight, playing a regular guy, doing regular things, like being married to Kate Beckinsale and getting aggressively hit on by Natasha McElhone. 'Nother day at the office.

Were Hollywood judged by the guidelines of Major League Baseball, "Reign of Fire" would have a giant asterisk next to it in Cooperstown, if you know what we mean. (We mean steroids.) It's entirely possible that Bale simply lost both his tan and his body oil when he arrived on the set of "Equilibrium" from "Reign of Fire," but given that he was no longer fighting fire-breathing dragons, we can't take those chances. Also: Is this a selfie? Is Christian Bale the hipster of selfies?

The Human Balloon, ladies and gentleman. My goodness. Even steroids were like, "Listen, Christian, we can only take you so far -- this is freakish stuff, man. Anyway, see you tomorrow."

Well, clearly you got a LITTLE bit sloppier since 'Batman Begins,' Christian, but you're still in decent shape. We would hardly call these harsh times HEYOOOOO. 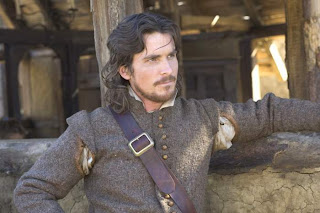 Busy 2005 for Bale, so you can see why he's taking it easy in this picture. Alas, there were no tank tops in the 1600s, and therefore no reason for one to show off his guns. At least guns that weren't loaded by plungers.

Coming fully down from his "I bench 285. What do you bench?" days of "Batman Begins," here we have Bale doing his best impression of Shaggy from Scooby Doo after getting curb-stomped by some meddling kids.

Back to looking like a normal-sized, fully formed adult, as if he hasn't once been both a human man-boobed monster and a demonic dream-haunting skeleton within the last two years. NBD.

Perhaps to represent the "Southwestern United States in prior centuries" vibe, Bale MAYBE switched from cream to milk in his coffee before "3:10 to Yuma" started filming. But we're talking a couple pounds, not a fifth grader. 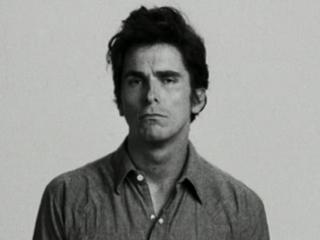 Again, no drastic changes, with maybe another pound or two lost. Milk to skim milk? Here, we have Bale doing his best "Heston in 'Planet of the Apes' " Bob Dylan.

Heath Ledger's joker had his one-liners and devious tricks, Bale's Batman has his unnecessarily beastly growl and his workout routine. Actually, it would be hilarious to hear Batman say Batman's workout routine. "ON THURSDAYS, I GET IN ABOUT TWO HOURS OF SQUAAAATTTTSSSS."

Because he spends the whole movie in fatigues, it's hard to really know how much weight was gained or lost for Bale's role in "Terminator Salvation," except of course the ~270 calories lost screaming at the lighting guy (YOU KNEW IT WAS COMING AGAIN).

Any weight Bale gained in excessive hair gel, he lost in an effort to play a normal-looking guy in the 1920s.

Bale's portrayal of Dicky Eklund goes from great to transcendent in that final scene, when we transition from the actors to the real-life guys. Then we realize that yup, Bale WAS Eklund, and he could have only truly pulled that off by losing a whole bunch of weight trying to look like a crack addict.

More like the flowers of SNORE, are we right? LOL but seriously it sure looks like he gained his weight back to look like a healthy person again, so good for you, C.

As if trolling the audience, Bale gains weight over the course of this movie, so it was difficult to pick a picture to accurately represent his weight. Naturally, we went with one that looks most like it would be his freeze frame intro were he a Mighty Morphin' Power Ranger. That is not a superhero — that is a goateed man with a sniper rifle. So, just as fearsome. Still, no pre-molded Batsuit to fill out with his nipples. Were Bale's character from "American Hustle" to meet his character from "The Machinist," he'd probably feel pretty guilty already, so best not to also tell him about the whole "I'm sleeping with Amy Adams" thing, too.

It isn't about the destination, guys. It's about the journey.