If there's one thing fans love, it's a good mythology.

That's why Marvel, Joss Whedon and others who pay such close attention to their universe's connectedness are so revered by their fans.

But if there's one thing fans love even more than a great mythology, it's making up their own for their favorite movies... And some of them are actually pretty amazing.

Here are 29 of the most mind-blowing fan theories, which may change the way you watch these movies forever:

For someone who's supposed to be a secret agent, James Bond isn't so secret. In fact, he takes the opportunity, at least once a movie, to introduce himself, real name and all, to prospective lovers and enemies.

But that's all erased by the brilliant fan theory that James Bond, like the 007 moniker, is just a code name. Not only does it explain why telling people his name doesn't endanger himself or reveal much about his identity, it also explains why he hasn't aged a day between "Dr. No" and "Skyfall;" and why he's played by a number of different people.

2. Mary Poppins Is A Time Lord She's perfect, she dresses like The Doctor, her bag has the same physics as TARDIS, she helps people, never stays for long, has a magic/science fiction-y umbrella, and she essentially can bend the nature of time and space.

And in case you don't believe us, there's a whole online community dedicated to movie characters who might be Timelords.

3. All Pixar Movies take place in the same universe

Pixar's famous for putting Easter eggs from their past (and upcoming) films in their newest releases, but one super-fan realized that it's possible that all Pixar movies take place in the same universe, and he proceeds to connect everything from "Brave" to "Wall-E" with his "Pixar Theory." It's a long read, but it's likely you'll never look at Pixar movies the same way again.

4. Ferris Bueller Is a Split Personality of Cameron

Ferris Bueller and Cameron are two sides of the same coin: one's confident, carefree, and unscrupulous, while the other is meek, stressed, and beholden to his ungrateful father.

But what if Ferris was simply a voice in Cameron's head, the projection of who he wanted to be, with the perfect life he wanted? Basically, what if "Ferris Bueller" is just John Hughes' "Fight Club"?

That's one these fans posit, and it's actually pretty convincing... Until you realize that the whole subplot of Mr. Rooney trying to catch Ferris playing hooky stops making any kind of sense. Still, A for effort.

5. Terence Mann Was Dead The Whole Time In "Field of Dreams"

Mann, played by James Earl Jones, is a famous but reclusive author (based on J.D. Salinger) whose pain Kevin Costner must ease using baseball.

At the end, Mann is so uplifted by seeing the titular field that he comes out of retirement, agrees to write about it and ends up disappearing into the cornfield. You know, the cornfield where all the dead people go and come from. Mann hadn't been seen or heard from in years, and it makes the movie even more bittersweet if it's actually baseball "Sixth Sense."

Okay, so here, the "Frozen" and "Tangled" link is easy: Flynn and Rapunzel are actually in "Frozen" attending Elsa's coronation (pictured above).

Where this gets bigger is when a fan suggested that Elsa and Anna's parents' boat, the one that gets wrecked in the first act of "Frozen," is very similar to the boat Ariel finds in "Little Mermaid." Are they the same boat?

Related: These Sexy ‘Frozen’ Costumes Could Heat Up Your Halloween

7. Brick Is A Time Traveler In 'Anchorman: The Legend Continues'

8. Harry Potter Is a Mental Patient

Instead of the chosen one, Harry is actually a really depressed kid whose abusive parents (the Dursley's) sent him away to a "Special school" (asylum) after he injured Dudley. Voldemort is actually Harry's alter-ego, the one who lashes out at the world that the good part of Harry has to defeat to become whole.

The fan theory posted on Reddit is a lot of speculation, but hits on the themes of insanity, loss, family and abuse that are certainly present in the books and movies, as well as the duality of Harry and Vodlemort. It's a good way to read the stories thematically, but probably not literally.

John Hammond is the kindly old founder of a totally innocent park that houses man-eating dinosaurs (ok, also leaf-eating, but still). It's basically a huge deception where Hammond, who was formerly an entertainer, can trick the public and make money for more genetic experiments.

So much for being a kindly old man.

10. Alien And Firefly Take Place In The Same Universe Because Joss Whedon isn't loved by geeks enough, he added this little connection into "Firefly," where you see the Weyland-Yutani logo from "Alien" on the HUD of the gun turret.

Does this have to be an alternate universe? I still want a Big Kahuna Burger. Probably the most heartbreaking theory on the list is that Emily, Jessie's former owner who abandoned her, is Andy's mom.

13. Uatu The Watcher Is Stan Lee In The Marvel Movies

Uatu is essentially a version of God in the Marvel universe, so it makes sense he'd be embodied by one of the universe's biggest caretakers.

Like the "Harry Potter" theory, this Gatsby theory takes a lot of things that are in the story as themes and makes them literal, and much of it hinges on this scene:

But it is a very cool way of reimagining the classic story.

16. Gandalf Forgot His Own Plan When He Died

For all those angry that Gandalf didn't just go to the Eagles for help, cutting down the trilogy's run-time by about 90 percent, this fan theory should ease your pain. He just plum forgot!

17. Stormtroopers Always Miss Because They're Told To

Not shown: they also miss when they're not told to.

18. Sandy Died In Grease, And The Movie Is Her Dying Fantasy

Getting chills all over your body and losing all control is a serious medical condition.

19. Willy Wonka Is The Final Regeneration Of The Doctor 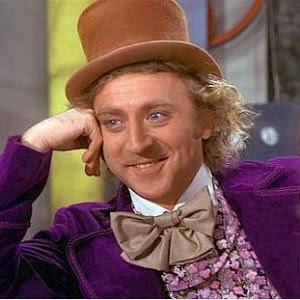 Basically for the same reason Mary Poppins is The Doctor, except this one likes chocolate (and also takes a lot from Roald Dahl's original books).

20. The Merchant In 'Aladdin' Is The Genie

The above video was supposed to be the original ending of Aladdin, where the merchant essentially reveals himself to be the genie, and considering both were voiced by Robin Williams this is the most rock-solid of the fan theories.

It sounds crazy at first, then it sounds a little crazier, then not as crazy, and now I actually think it's got a shot of being true. After all, Tarantino wanted to make a "Kill Bill 3," so what better surprise than Bill pulling a reverse-Bride and being alive the whole time?

22. The Lion King And Hercules Are In Same Universe

Guess Scar wasn't prepared for being a rug.

23. Loki Intentionally Lost In "The Avengers"

This is borne out pretty well in "Thor: The Dark World," and wouldn't be above the famous trickster, especially when earlier in "The Avengers" he got captured intentionally anyway.

24. Marty Is The Reason There Are Hoverboards In The Future

But seriously scientists, why are there no hoverboards in MY future?

25. Josh, Not The Witch, Kills Heather In "The Blair Witch Project"

A more chilling reading of the above final scene makes you realize that the Witch just made people do things, meaning Heather actually got killed by her friend.

26. The Prince In Snow White Is Death 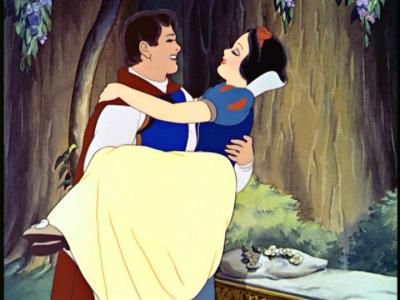 This is pretty similar to the Sandy theory from "Grease," though I'd like that one more if John Travolta represented death and "Grease Lightning" was the boat over the river Styx.

27. The Flux Capacitor Prevents All Paradoxes

Doctor Who, a wizard, what's the difference?

29. Dorothy IS the wicked Witch of the East

Everyone in "The Wizard of Oz" had a doppleganger, except Dorothy. Only, what if she did? After all, the ruby slippers that fit the witch fit her perfectly. Basically, Dorothy takes out herself with that house, which is as big a mind-f--k as you can get.