War is coming to Middle-Earth, and no side will walk away unscathed.

The first teaser trailer for "The Hobbit: The Battle of the Five Armies" premiered at San Diego Comic-Con during the Warner Bros. panel at Hall H, paving the way for one final showdown in Middle-Earth. The trailer boasted massive scenes of action, including Smaug laying Laketown to waste, and the titular five armies rushing to war with each other — and yet, it felt somewhat subdued, taking on a mournful tone of loss.

One of the big surprises of the teaser is the music: "Edge of Night," the song that Pippin Took sings for Denethor in "The Lord of the Rings: Return of the King."

The emotional song plays over images of desolation: Legolas and Tauriel looking over the ruins of Laketown, Galadriel planting a kiss on a fallen Gandalf's forehead, and Thorin and Bard shouting at each other as the reluctant truce between dwarf and man breaks.

"You can have peace, or war," Bard shouts. Thorin, wearing his crown, makes his choice: "I will have war."

By the end of the trailer, Thorin and Bard's misguided battle cries give way to the calmer words of wisdom from Gandalf, who pleads with the dwarves: "Will you follow me one last time?"

Jackson promised that not all of these people would walk away from "Battle of the Five Armies" alive. 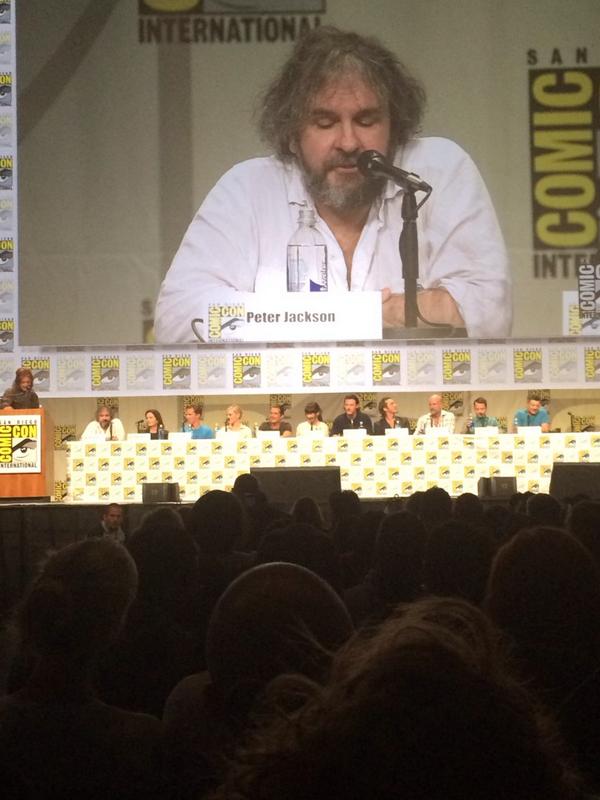 "We get to kill a few of them this time around, which is good," Jackson said to a mixture of laughs and gasps of horror. "There's a lot of sadness and tragedy. It's always good when you can kill off some main characters, as a filmmaker. It's a chance to do something ugly, powerful and emotional."

Even with the threat of death on the horizon, Jackson promised that the final "Hobbit" film won't veer too far into the realm of darkness.

"'Dark' isn't the word I'd use. These are fun movies," he said. "Even the 'Rings' movies are fun. It's not a comical as the first 'Hobbit' movie, that's for sure. We're getting closer to the tone of 'The Fellowship of the Ring.'"

The panel itself got closer to the comedic tone that permeates the Middle-Earth movies. At one point, Cate Blanchett promised that she would lose her "Elven sh--" on the Necromancer, prompting Evangeline Lilly to reveal that she was hired to join the "Hobbit" movies specifically because of her "Elven sh--." (She was joking. We think.)

The weirdest, funniest out-of-context quote of them all belonged to Benedict Cumberbatch: "How do you know the wolf's penis is sharp?" The world may never know. 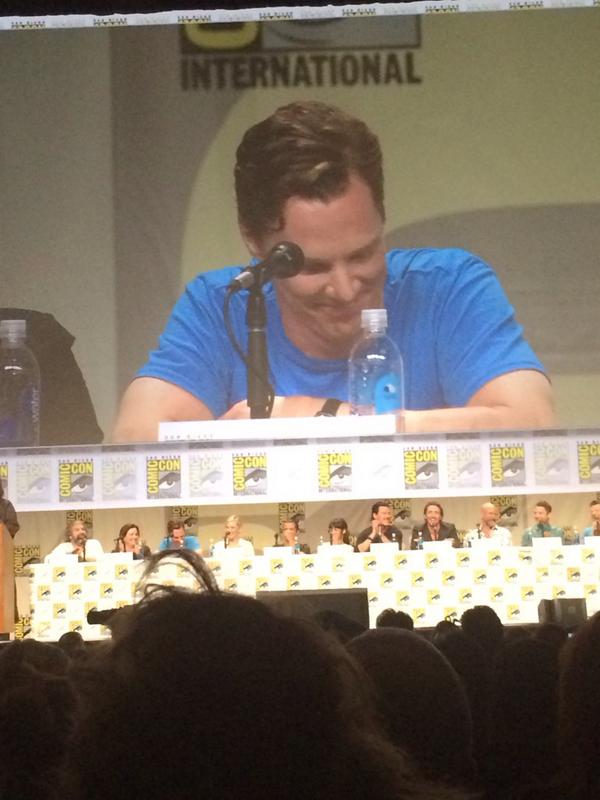 With "The Hobbit: Battle of the Five Armies" in theaters at the end of the year, it seems like we're at the end of the road for Middle-Earth. But that's not necessarily true. Jackson said that he wants to create a museum one day that honors all of the costumes, weapons and other assorted artifacts from the "Lord of the Rings" and "Hobbit" trilogies. Beyond that, he says there's a chance that he could extend the extended editions of "Lord of the Rings" even further; there are apparently a few scenes that still haven't seen the light of day, including one featuring young Aragorn and Arwen meeting each other for the very first time.

"We might try to put them back in," said Jackson, noting that it wouldn't be easy; all of the "Lord of the Rings" footage is secured "in some nuclear-proof vault" in Arizona, where 7 million feet of film is sitting.

"It's a big logistical thing," he said. "But if there's enough interest from people, maybe they will figure it out."

There's certainly interest; at the mere mention of the possibility of further extended editions, the entirety of Hall H burst into uproarious cheers and applause. Looks like the world isn't ready to let go of Middle-Earth just yet.