After the misstep of 2009's Memoirs of an Imperfect Angel, Carey clearly took her time crafting this effort featuring assists from Fabolous, Mary J. Blige and R. Kelly among others, and, well, here's seven reasons why you should be psyched:

Me. I Am Mariah... The Elusive Chanteuse might just be the most Mariah-iest title of all time. More than Rainbow, more than Butterfly, even more than E=MC₂. 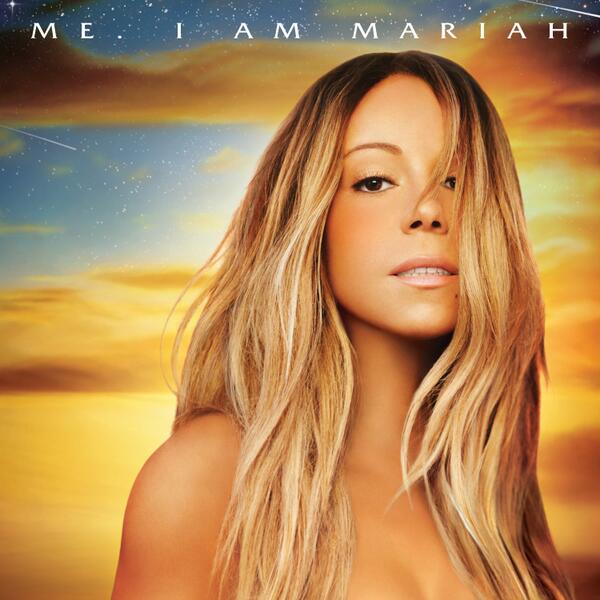 She might be elusive, but Mariah gives us a rare peek into her private world in the album's artwork by including a precious sketch on the back cover that she made when she was 3 years old. She's described it as a self-portrait in which she's holding a pack of smokes (c'mon, baby Mariah, don't you know that stuff is terrible for someone with a five-octave vocal range?)

Talk about starting off with a bang. Tear-jerker ballad "Cry" kicks off the album and has a rare quality for a Mariah weeper: restraint. Instead of going for the highest heights right off the bat, Carey lays back a bit in the unadorned piano ballad with a gospel touch before taking it to church.

The hook-up with Miguel has been out for a while, so what else can we add? It is, they are, 'nuff said.

The Hit-Boy-produced "Dedicated," featuring old friend Nasir Jones is the kind of sitting-on-the-stoop-hangin'-with-your-friends summertime jam Mariah has needed for a long time. And, with the ODB sample that opens the track and Nas' shout-outs to everyone from Master P, Doug E. Fresh, Run-DMC, Heavy D and Slick Rick to the Fat Boys and Pee Wee Herman, this is dedicated to the old school.

5. Wale Tells Her Exactly What To Do

A lot of the album has a soft-focus feel, but thanks to a spare, no-joke beat from Hit-Boy, "Thirsty" is MC's chance to get a little grimy while taking a coattail-riding lover down a notch for trying to share her spotlight. It's Mariah, dude, there's room for one in that spotlight, and it's not you.