By "Deth," we mean Daryl and Beth, the cutest couple currently kicking around the zombie apocalypse. The groundwork is there for the reformed bad boy and the grieving daughter of Headless Hershel to step outside the "Friend Zone" and become something more — but will we see those romantic wheels in motion on Sunday's (March 2) episode, titled "Still"?

Here are our predictions for what will happen tonight:

1. Daryl and Beth will take center stage. That's a pretty easy conclusion to arrive at, given what we've seen from previews of tonight's episode. Daryl and Beth have only appeared in one episode since "Walking Dead" returned from its hiatus, and even then, they were only around for about 10 minutes. It's time to let everyone's favorite Cross-Bro take a more central role in the apocalyptic shenanigans.

But what are Daryl and Beth in store for this week? Can we expect to see the two grow even closer in the thick of all the action? As I said, the groundwork is there: The two shared an oddly tender moment in the season premiere, when Daryl informed Beth that her boyfriend Zach was killed during a supply run. As far as they know, Daryl and Beth are the only survivors of the prison raid — the only two people left alive in the world, as far as they're concerned. Plus, he's hot, and she's hot. It's a perfect recipe for sexy times.

Even if Daryl and Beth keep things platonic tonight, even if they never cross that line at all, I will now and forever ship Team Deth, because it's an awesome name.

2. Carol, Tyreese and the kids will come into play. As with Daryl and Beth, this storyline has only had a brief moment in the sun since "Walking Dead" returned from its break. Beyond that, Carol has been on the sidelines for so many episodes now. We need to know more about what she's been up to. We need to make up for lost time.

There are so many question marks involving this storyline, too. When will Tyreese find out about Carol's role in Karen's death? Will they grow closer together, making it harder for him to stomach when he learns that Carol killed his ex? Really, did Carol kill Karen, or was she covering up for Lizzie, who looks more and more like the Rat Queen with each passing episode? Let's hope we move those questions along tonight.

3. We won't see Abraham, Glenn and the gang. And that's so frustrating, because the show just dangled the possibility of a zombie cure in front of our faces last week. But that's exactly why we won't get more of Eugene and his man-tastic mullet tonight. The show is going to drag that mystery along as far as it possibly can — right up to the end of the season and maybe even beyond.

4. Rick and Maggie's squads are a "maybe." Rick, Carl and Michonne have already been at the center of two of the new episodes. Will they get a place at the table tonight? There are certainly a lot of questions to ask about them, especially about the bed-napping intruders Rick barely escaped from last week. But that's a lot of Rick/Carl/Michonne when we haven't spent more than ten minutes with, say, Maggie/Sasha/Bob.

Those three, by the way, are another "maybe" for tonight — and Team Sob (aka Sasha and Bob) is another possible ship in the making.

5. We will see "salvation." The signs for Terminus say it all: "Those who arrive, survive." Tyreese and his crew are already well on the way toward the promised land. Perhaps they'll get there first. Perhaps the Deth and Sob squads will get there tonight, too. Or maybe no one makes it to the new community, but the show will invite the viewers there anyway.

Either way, tonight is the halfway mark of season four's final episodes; it's about time we got a clearer picture of the safe haven at the end of the road. 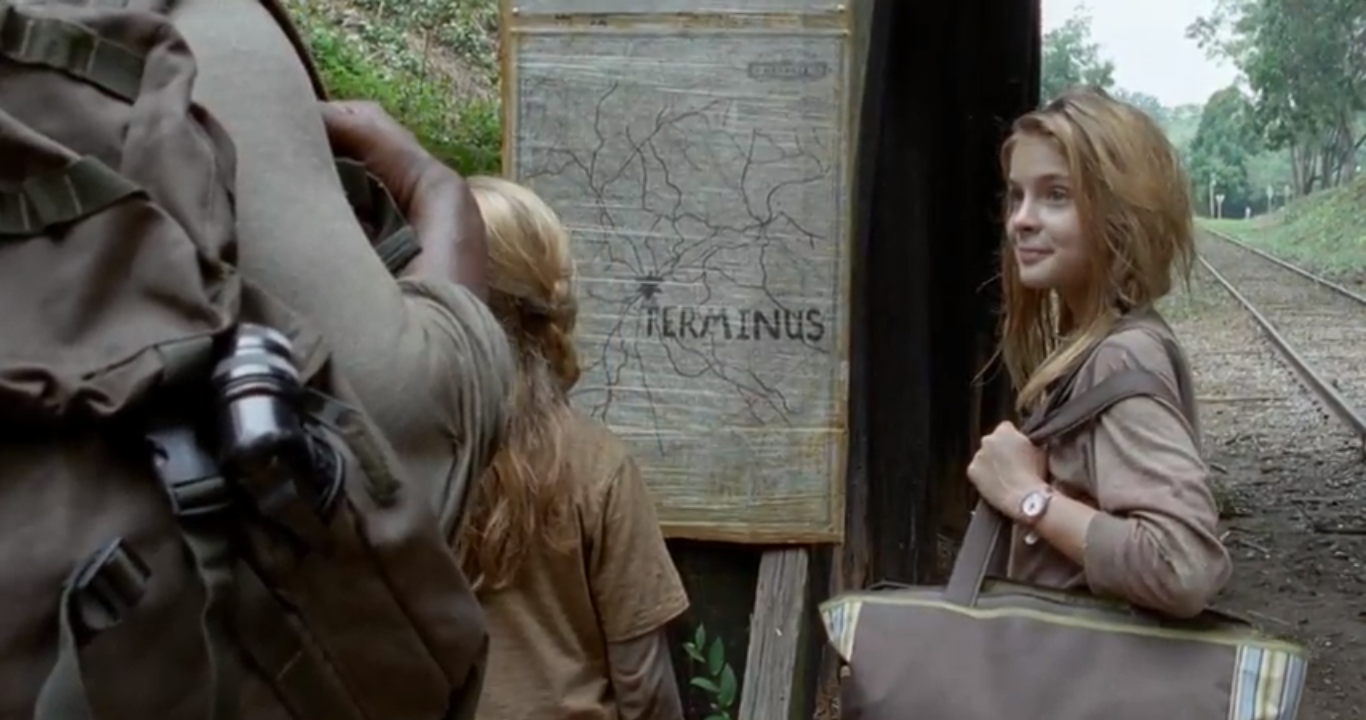 What are your predictions for tonight's "Walking Dead"?