This weekend sees the sixth (sixth!) installment of the "Fast & Furious" franchise hit theaters (and it's not the last — a seventh is set for next summer). The action series received a blast of adrenaline in the form of Dwayne Johnson with 2011's "Fast Five," and "Fast & Furious 6" promises to be just as, well, fast and furious thanks to the big guy's return (and that's saying something, since there are quite a few "big guys" — sorry Vin Diesel!). Here are seven things you may or may not have known about Johnson and his 18-inch biceps below:

1) He has a degree in criminology: And a criminal record. In fact, Johnson elected to get a degree in the field partly due to his shady past. "I struggled to stay on the right path," he told the Examiner. "I had multiple arrests by the time that I was 17. The last time I was arrested, my parents came down to the police station to get me. My parents were struggling at that time, even to put food on the table. That was a lot of stress at that time and I was adding to it. "

2) He made his acting debut on "That '70s Show": Though "The Mummy Returns" was Johnson's entrance onto the big screen, he previously played Rocky Johnson (that is, his own father) on a 1999 episode of "That '70s Show" and also appeared on an episode of "Star Trek: Voyager" as "The Champion."

3) He became a pro wrestler only after he was rejected by the Canadian Football League: Johnson was actually a stellar football player in high school, earning a scholarship to the University of Miami, only to be sidelined by a shoulder injury. After playing a short while in the CFL, he was cut from the team and decided to follow in his father's footsteps and become a wrestler.

4) He still holds the rights to his nickname, "The Rock," but prefers to be called by his real name now that he's an actor: "I no longer am a wrestler," he told Entertainment Magazine in 2006. "I am now pursuing a future as an actor and someday as a director. I am not The Rock. I am Dwayne Johnson."

5) He holds a Guinness World Record: Thanks to "The Scorpion King." Johnson was paid $5.5 million to appear in the film, the most any actor has ever received in their first starring role.

6) His grandfather was a Bond villain: And Johnson hopes to play one someday as well. Peter Fanene Maivia appeared as a ne'er-do-well car driver in "You Only Live Twice." Here's hoping Johnson gets a more high-profile role. YOLO! 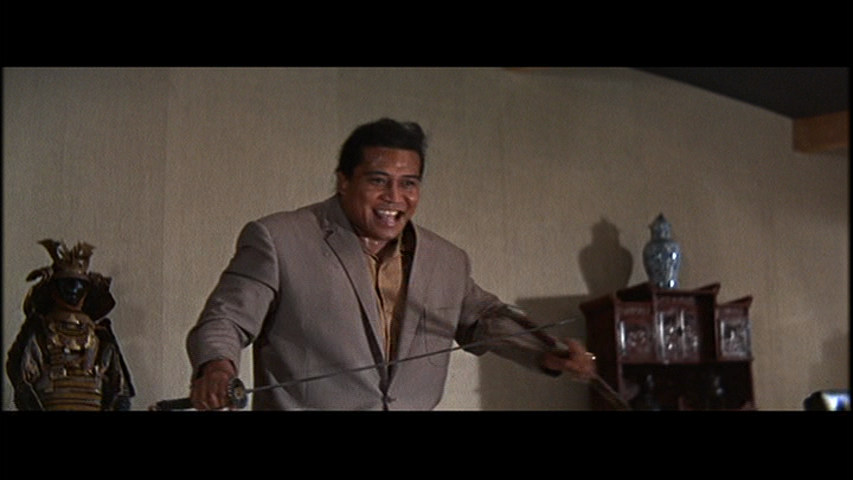 Will you check out Fast & Furious 6 this weekend?