Justin Bieber and Orlando Bloom almost threw down last night in Ibiza, Spain, if footage that made its way to the Internet is to be believed. And while multiple sources have different accounts of what went down, many seem to agree the fight centered around Miranda Kerr, who split with the actor in October 2013. With that in mind, we pieced some clues together and tried to make sense of the rumors.

TMZ posted a video of Orlando throwing a punch at Justin in a restaurant. According to Page Six, a source said it was because Bloom refused to shake his hand, to which Bieber is said to have responded "She was good," most likely referencing Bloom's ex-wife Kerr, a Victoria's Secret model.

Miranda And Justin Have Been Cuddly

After Bieber performed at the Victoria's Secret Fashion Show in 2012, he and Kerr reportedly hung out backstage. And, according to the Daily Mail, Bloom didn't like their friendship, which was rumored to be more. Orlando And Selena Link Up

In some weird switcheroo, Bieber's ex-girlfriend Selena Gomez was chilling with Orlando in April 2014 (pictures obtained by TMZ). They were also seen together with Seth Rogen (who Bieber has feuded with) in Selena's Instagram pic from March. 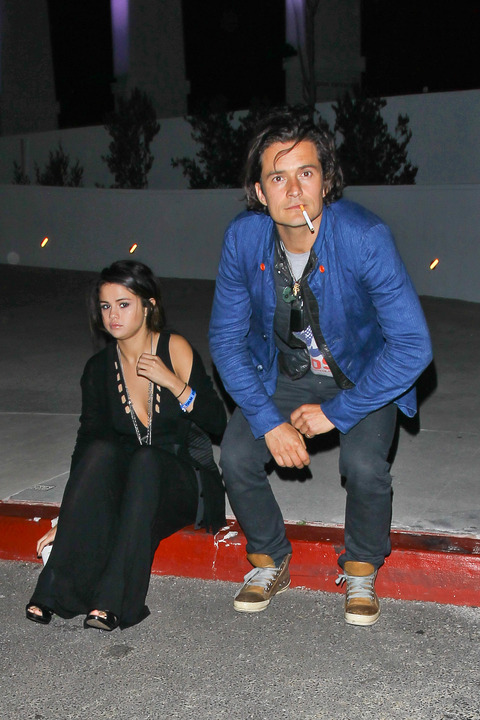 The Daily Mail also reported that Justin Instagrammed a picture of Kerr in a bikini shortly after the scuffle. The photo, of course, has since been deleted, but the U.K. paper was able to capture a screenshot. So as we continue to scratch our heads about what the heck was happening in Ibiza, we're left with a few more hints from the principals in this odd triangle. On Twitter, Justin Bieber tweeted "something real" with a video of him accepting his Champ of Charity prize at the Young Hollywood Awards.

Miranda Kerr kept it simple, Instagramming a photo of her 3-year-old son, Flynn Christopher Blanchard Copeland Bloom, with a heart caption. Perhaps, love is all she needs.