Jack Antonoff -- of Steel Train, fun., and now Bleachers -- got a record deal at 18. And then spent the next 10 years wondering if the radio that beget his '90s kid musical sensibilities as a teenager growing up in suburban New Jersey would ever play his music. The answer was yes.

"We Are Young," fun.'s volcanic power ballad Incredible Hulk-ed its way up the charts in early 2012, and landed fun. two Grammys (and a performance on that year's awards show), late-night TV performances, a dizzying amount of radio spins and global exposure to the rare air most bands dream of but never come close to breathing. That, and seminal adolescent and young adult years spent writing and producing, touring, traveling, and going from playing near-empty Jersey venues to packed arenas built the foundation upon which Antonoff could write, record, and release his solo work as Bleachers.

"I Wanna Get Better" is the first single off of Bleachers' Strange Desire debut album, and while it's sonically different from "We Are Young" (the former steeped in New Wave-meets-post-punk teen angst told through through the filter of adult hindsight; the latter a dramatic piece of power-pop), it still captures the essence of fun.'s destructive-teen demolition derby.

But while fun.'s slick, theatrical LP Some Nights feels like it was written in a hit factory to be played in arenas and stadiums, Bleachers' Strange Desire feels as if it was written like a diary (it was, in fact, written and recorded and collected scrapbook-style, across many cities and countries) and meant to be played in the holiest of sanctuaries and scenarios -- by yourself in your bedroom.

I caught up with Antonoff in Nick Cannon's office (thanks for letting us check out your expensive-looking sneakers, Nick!) this past Tuesday, the day he'd celebrate the release of Strange Desire with a performing slot on "The Tonight Show Starring Jimmy Fallon," the culmination of months of industry shows, running the festival circuit, and sold-out solo shows leading into more tour dates from August through November.

He filled me in on the album's very Billy Joel cover, writing emotionally vulnerable lyrics, and that time Yoko Ono, who's featured on the album, ate an impressive amount of Christmas cookies while recording.

MTV: Which was the hardest song to finish on Strange Desire"?

Jack Antonoff: The hardest song to finish was "I Wanna Get Better." I did that first, and the track was really exciting. The track stood on its own as its own thing. I thought maybe I'd give it to a rapper because it kinda felt a little bit in that world. But I had the concept, and I wanted to put that in that track. Then it got really stressful because I knew I wanted to tell my whole life story condensed into three verses to give weight to the idea of "I Wanna Get Better." And you have to say something beyond that to make it feel real. It had to be perfect because I was condensing all of me into one song. Lyrically it was really hard, but also the melody. The way I wanted the lyrics delivered. How it's kinda jerky and spoken and sang at the same time. I feel like when you hear "I Wanna Get Better" it feels very off the cuff. It feels like I'm sorta talking and singing and then singing the hook and chorus. But sometimes those things that feel really natural feel the longest."

Antonoff: Unintentionally, though The Stranger is one of my favorite albums of all time, so maybe subconsciously! No, I found a picture of Duckie from "Pretty In Pink," all depressed in his bed, no sheet on his mattress. I was like, there's something so cool about that -- no sheet on the mattress was fascinating to me. So my friend and I went to my family's house in New Jersey to my sister's room and pulled the sheet off the mattress and took some

pictures. But I love Billy Joel. 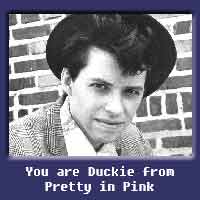 MTV: What was it like recording "I'm Ready To Move On" with Yoko Ono?

Antonoff: Yoko was everything I thought she would be. She was totally wild and expressed all of her ideas as she was having them. She's clearly very much herself. Exactly how she appears in the media and on records that I've loved is exactly how she appears hanging out in the studio. She also ate a lot of Christmas cookies.

Antonoff: Yeah. That wouldn't be interesting if you or I did it, but I was like, 'How fascinating. Yoko's eating all the cookies!' It was a pathetic 'they're just like us' moment I was having. We talked about the song a little but I but I didn't wanna talk about it too much. I wanted her to do Yoko and not my ideas. I gave her a broad overview, and then she went in and started screaming and talking and making animal noises. Then I grabbed that piece of "I'm ready to move on" and I worked on the song in bed that night, and I kinda built the song out of the little pieces we found.

MTV: Was this in your house?

Antonoff: She came into the studio, and it was funny because it was the week in the studio where everyone had the flu except for me. I was the only person on the whole crew who worked on the album who didn't get sick because I'd gotten the flu shot. I was really scared she'd come in and get sick and die and it was going to be our fault.

MTV: Can you imagine that story? 'Yoko Ono came into the studio, ate my cookies, and then she died.'

Antonoff: Well, my father once killed a man in a game of tennis.

Antonoff: My father rocketed this really hard forehand and hit the guy right in the chest and the next day he died of a heart attack. So my father's actually killed someone.

Antonoff: It's kind of an amazing story. Most of us never get to kill anyone, obviously.

MTV: Ha! Wait, seriously, how does your dad live with this fact?

Antonoff: He's moved on. What are you gonna do? He didn't want him to die. He just had a great forehand... Do you appreciate how far I've taken this story?

MTV: Totally. Speaking of life-changing events, how has your life changed since you embarked on this journey as Bleachers?

Antonoff: My body is still doing the same things. I'm going on tour. I'm going onstage. It just feels oddly different. It's just like an extension of things. It's very hard to describe, because it's so similar but so different. Whenever you start a band or make a record you start a whole culture, it's a whole universe. It's like a different color. Same thing with fun. and Bleachers. They're like different worlds. I'm interested to see what impact it has on me psychologically over the next couple years.

MTV: There's much more of you in Bleachers' lyrics. Has it been challenging writing such personal lyrics?

Antonoff: Writing intense lyrics, that's a tough thing. You can't be very honest about things that are upsetting for you and then play it live and phone it in. I've had that problem in the past with bands I've been in. You're really chained to the concept of giving everything live. You can't talk about these monumentally important things in a half-assed way. It creates a scenario where you can't not do it 100 percent. Which is good, but it can also break you down.

MTV: What's the most surreal thing that's happened since you started Bleachers?

Antonoff: I grew up in the '90s. It was a big radio time. I discovered bands like Pearl Jam, Nirvana, Green Day, Smashing Pumpkins on the radio. Remember seeing your teacher outside of school? It was like a dog on hind legs or pancake with a nipple on it. You recognize it, but it's different. It's just bizarre. That's what it's like to hear your song on the radio. I don't think that'll ever become normal.

Like I said -- I grew up in the '90s with the radio, I got a record deal when I was 18, and I spent the next 10 years having no commercial success. So, me and the radio isn't something that automatically works. So any time something I do is on the radio, it feels very special and like something outside of what should be happening is happening.

Strange Desire is out now on RCA.