For better or for worse, Steve Rogers never backs away from a fight.

Marvel's third "Captain America" movie is currently set for a May 6, 2016 release date. That's the same release date as "Batman Vs. Superman," director Zack Snyder's tentatively titled sequel to "Man of Steel." The DC Comics adaptation flew into the May 2016 release date after abandoning a spot in the summer of 2015, which was quickly snapped up by Marvel's "Ant-Man." Marvel, meanwhile, already had its flag planted in the May 6 release date, before Snyder's "Man of Steel" follow-up came along.

Needless to say, it's been a little bit contentious, with fans eagerly waiting to see which side will blink and move from May 6. The Warner Bros.-backed "Batman Vs. Superman" doesn't look like it's moving, and it doesn't appear that Marvel will, either.

During the company's quarterly earning stockholders call this week (covered by Variety reporter Marc Graser), Disney CEO Bob Iger said Marvel "will hang on to the May opening slot for Marvel's movies," including the upcoming, scheduled release dates for next year's "Avengers: Age of Ultron" and 2016's "Captain America 3."

In other words, Steve Rogers and friends are staying exactly where they are, on a collision course with two of the world's finest and most famous superheroes in history. In two years time, fans will have to choose between this:

You either get this: 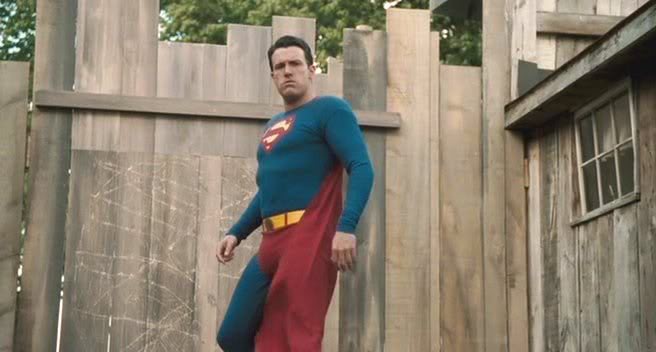 Minus the Superman suit, plus a Batman suit.

Or, you can be really awesome, and just see them all in the same weekend. No reason everyone can't get along, right?

Do you think both "Captain America" and "Batman Vs. Superman" will remain in the May 6, 2016 spot, or will one of these movies eventually blink?