Whether romping with his kitties or melting hearts during an acoustic jam session, Ed Sheeran just cannot stop being adorable. His social media accounts are rampant with cuteness and warm fuzzies that make us go "aww" over and over and over again. Take a look at all the times Teddy made us squee with joy:

1. When He Took A Selfie With Stanley 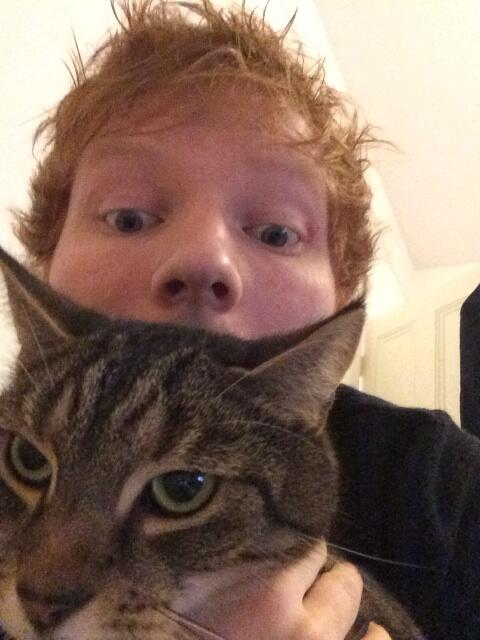 2. When He Had A Twitter Convo With Graham The Kitten

3. When He Hugged His Momma

4. When He Visited The Troops And They Changed His Life

5. When He Called Himself A 'Daddy'

6. When He Almost Turned Into A Chocolate Bunny

7. When He Had A Teddy Bear Named 'Ted Sheeran'

8. When He Jammed With Elmo On 'Sesame Street'

9. When He Embraced Himself As A Ginger(bread) Man

11. When He Recognized That Your Ovaries Exploded

13. When He Ate Dinosaur Nuggets And Smiley Potatoes As An Adult

14. When He Tried To Be A Gangster

16. When He Had A Chip On His Shoulder

17. When He Took This Selfie

18. When He Transformed Into A Giant Cuddly Animal

19. When He Rescued A Kitten From Certain Death