On the latest episode of "Marvel's Agents of S.H.I.E.L.D.," Phil Coulson and his spy squad finally honed in on the man who has been haunting them all season long — the Clairvoyant, the enigmatic force who somehow knows deeply personal details about anybody and everybody.

The major exception to that rule is Coulson; for whatever reason, the Clairvoyant was unable to see how Coulson came back to life after "The Avengers," only learning that information after deliberately putting Skye's life in jeopardy and forcing Coulson to find the answers.

Now, the Clairvoyant has been revealed — or has he?

In "End of the Beginning," Coulson's team converges on the Clairvoyant's apparent location, discovering a comatose man named Thomas Nash who communicates through a computer. All evidence suggests that Nash is the Clairvoyant, as the computer voice speaks in cryptic, sinister riddles.

"A force beyond your comprehension is coming for you," the computer voice warns Coulson. "You and Skye. She has something we want. She will die giving it to us. I have seen it." 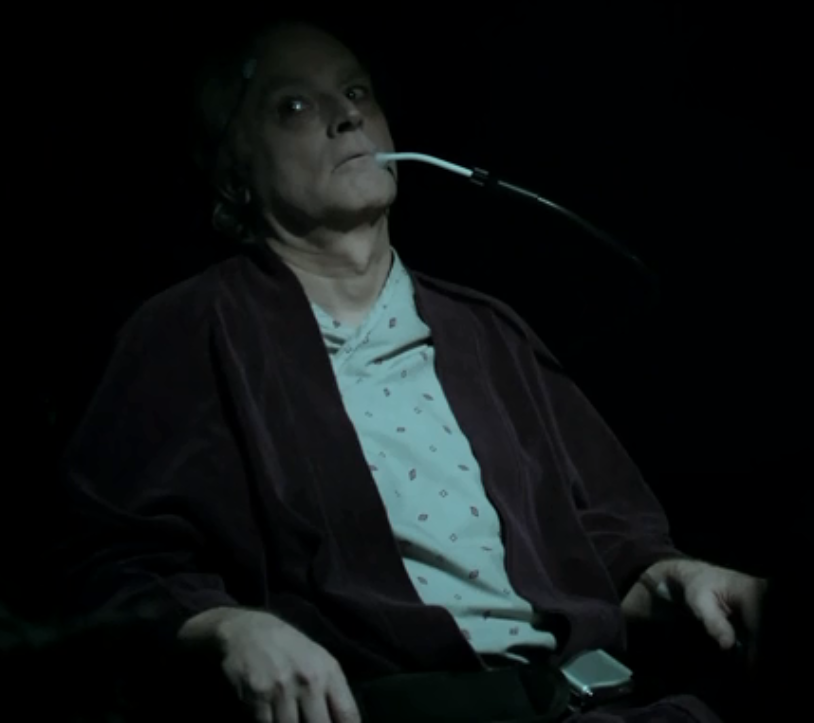 Before Nash can explain any further, Agent Grant Ward, furious over the threat against Skye's life (won't Melinda May be broken up to see where Ward's heart truly lies?), steps forward and shoots Nash to death at pointblank range. Not cool, Ward. Not cool for so many reasons.

But is that really the end of the Clairvoyant? Coulson doesn't think so, and neither does Skye. Later, on the Bus, the two put their heads together and realize that "Nash could have been a prop," and that the real Clairvoyant "could still be out there in our heads." Skye arrives at an eye-opening conclusion: What if the Clairvoyant doesn't have psychic abilities, as Coulson and the gang have so far believed? What if the Clairvoyant simply has high-level security clearance?

The Clairvoyant revelation opens up a whole new side of "Agents of S.H.I.E.L.D.," one that ties directly to "Captain America: The Winter Soldier." As fans will see in that movie, S.H.I.E.L.D. has been compromised. If the Clairvoyant really is a S.H.I.E.L.D. agent, then he's yet another leak in the organization that Coulson has called home for so many years. And what about Victoria Hand? The end of the episode certainly suggests that she's working on behalf of the corrupt portion of S.H.I.E.L.D., and could even be the Clairvoyant herself. It's not a shocking revelation for fans of Marvel Comics, who already knew Hand is best known for her darker side.

As "S.H.I.E.L.D." continues its deep dive into "Uprising," the battle for the organization's future is only set to get deadlier and deadlier. With any luck, we'll know the Clairvoyant's true identity before much longer. I'm still hoping for Loki, but I'm ready to explore other theories. For now, I'll present you with a photo of my number one non-Loki pick for the Clairvoyant's true identity, without further comment:

Who is the Clairvoyant? Leave your predictions below!