But is the return of "S.H.I.E.L.D." even on your radar? The Marvel TV series has experienced plenty of backlash throughout its first season, with some fans blaming poor pacing and weak characters for its failings. Not that the criticism was never justified — there's simply no justifying some of those early episodes — but as a weekly "S.H.I.E.L.D." watcher, I can say that the show has greatly improved.

For those of you debating whether to hop back on The Bus, here are seven reasons to rejoin Coulson's ranks. 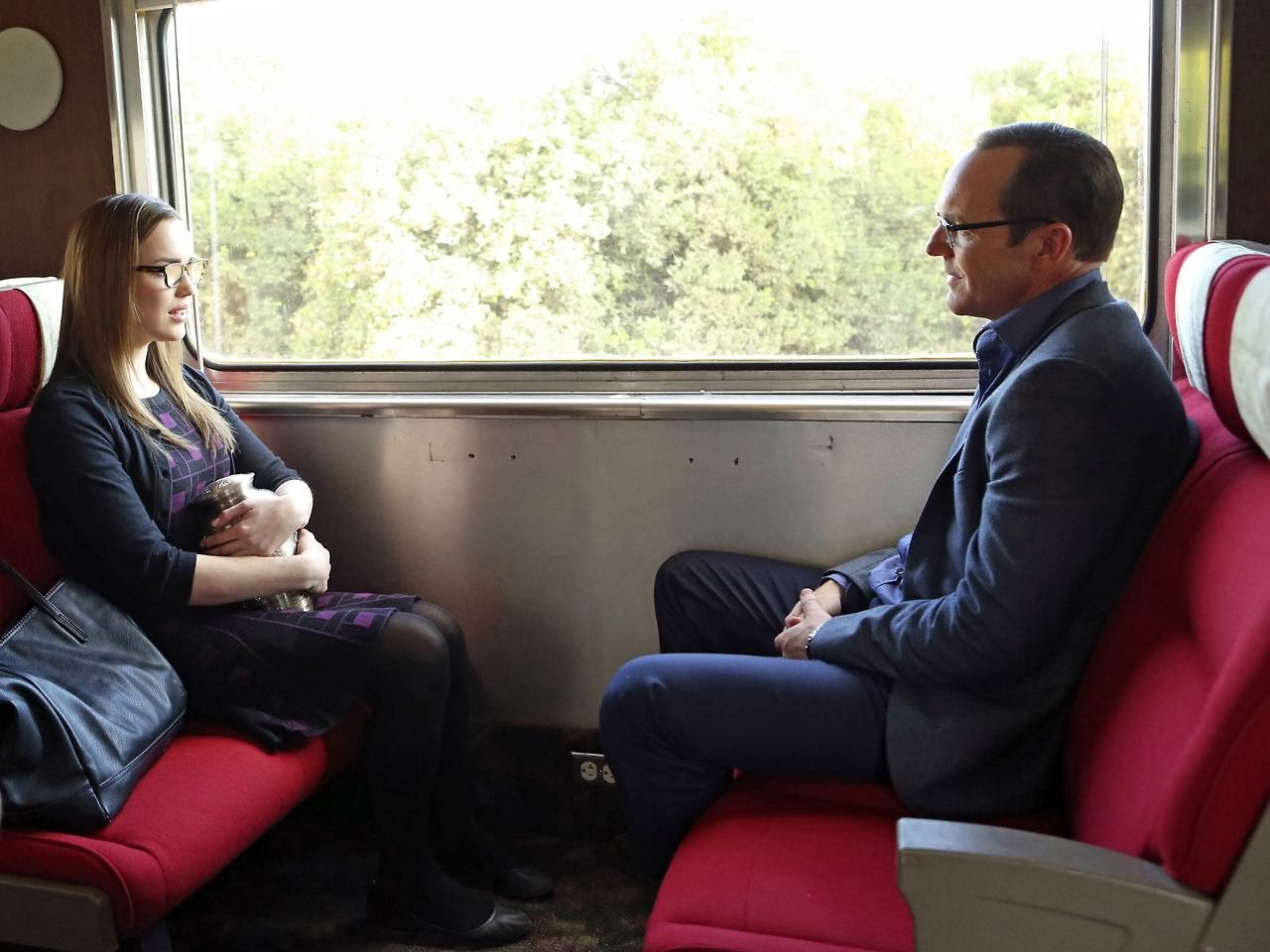 1. Because, Bottom-Line, It's Gotten Really Good

The most recent episode, "T.R.A.C.K.S.," lived up to its title, and put Marvel's superhero series back on the right path. Each of the six main characters served sensible, worthy purposes. One of them ended the hour in near-fatal condition. The stakes are high, the mysteries are moving, and the characters are working. The problems that plagued "S.H.I.E.L.D." in the early-going are either gone or subsiding. Give it one episode and see if I'm wrong.

2. Because Bill Paxton Is In The House

The "Aliens," "Terminator" and "Predator 2" veteran adds another geeky credit to his name by joining the Marvel Cinematic Universe's small-screen sibling. He makes his debut tonight as John Garrett, a high-level S.H.I.E.L.D. agent who prefers automatic weaponry to bureaucracy, despite his rank. It's not a one-off appearance, either; Paxton's Garrett, a contemporary and friend of Coulson's, is slated to appear in numerous episodes throughout the remainder of "S.H.I.E.L.D." season one. Game over? Man, the game's just getting started!

3. Because Asgard Is Coming To Earth

"S.H.I.E.L.D." rarely calls on the services of players from the Marvel Cinematic Universe, other than Coulson, and one-off appearances from Maria Hill and Nick Fury. That changes as soon as next week, when Jamie Alexander makes her "Agents of S.H.I.E.L.D." debut as Lady Sif from the "Thor" movies. It'll be interesting to see how the Marvel TV series incorporates one of the MCU's most prominent warrior women, let alone one of the show's few super-powered heroes. It'll be must-watch TV for "Thor" fans, at the very least.

4. Because Deathlok Is Already Here

After all that speculation that seemingly pointed to nowhere in particular, it turns out that J. August Richards' "S.H.I.E.L.D." character is a familiar figure from the Marvel mythos after all: the cybernetic assassin Deathlok. It's an intriguing twist for the Marvel series, one that could have implications beyond Agent Peterson's ascension to Deathlok status. Is it possible that the Deathlok program is part of the plot behind Coulson's revival as well? Clark Gregg owns this show because he owns this character, and has owned this character since the very first Marvel Studios picture. Weekly Coulson does not suck. We have less information about his revival than I'd like (the answer we received weeks ago is not the end-all-be-all answer; there's more to the story), but the mystery will resolve soon enough, based on the show's current pace. In the meantime, while you wait for those answers, kick back with a cold one and enjoy Coulson's dry wit. It rarely disappoints.

6. Because "Winter" Is Coming

And by "Winter," I mean "Captain America: The Winter Soldier." With the new "Captain America" movie hitting theaters on April 4, it's all but guaranteed that "Agents of S.H.I.E.L.D." will feel the impact. By all accounts, it looks like "Winter Soldier" will change the status quo of the Marvel Cinematic Universe, starting with S.H.I.E.L.D. as an organization. The show has to tie into the film in a meaningful way, and soon, if only by virtue of Cap and Coulson's mutual employers. If you want to feel further ramifications of "Winter Soldier," then "Agents of S.H.I.E.L.D." is going to be your destination.

7. Because Loki Is Coming

OK, maybe not. But maybe! The big bad guy of "S.H.I.E.L.D." is a mysterious figure referred to only as The Clairvoyant. Whoever that is, it has to be someone with significant jaw-dropping value. Sure, it could be a member of the S.H.I.E.L.D. squad. But it's equally likely, perhaps even more so, that the Clairvoyant is someone we already know from the Marvel movies.

I'm voting Loki, because of his unfinished business with Coulson (he did try to kill the guy, after all), and because I suspect Tom Hiddleston is always up for Asgardian mischief. But even if it's not Loki, the possibilities are endlessly cool. (Perhaps the Clairvoyant is Trevor Slattery, or even the "real" Mandarin.) The show is worth watching for this upcoming reveal alone.