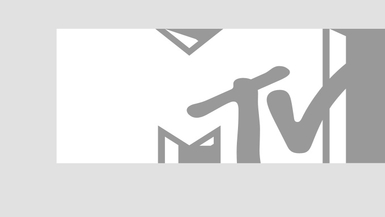 AUBURN, Washington — Some of the sun-crisped metalheads packed into the White River Amphitheatre for the first stop on this year's 11th annual Ozzfest were skeptical of "TRL" favorites Avenged Sevenfold being on the festival's main stage. But there they were on Thursday, and the naysayers weren't about to distract the band from the mission at hand: Trying to win the crowd over.

So, Avenged, led by the diamond-grilled, Axl-Rose-imitating M. Shadows, pulled the proverbial rabbit out of the hat by covering — and handily at that — a tried-and-true metal classic: Pantera's "Walk." Shadows dedicated the tune to the memory of slain Pantera guitarist "Dimebag" Darrell Abbott (see " Dimebag Darrell, Four Others Killed In Ohio Concert Shooting"), and about three riffs in, the audience — even the cynics — were sold, pumping their fists and barking the song's stilted refrain: "Re! Spect! Walk!" And for the rest of the band's set, which ended with "Bat Country," Avenged owned them all.

In short, when in doubt at Ozzfest, cover Pantera. Following the group's debut as part of the festival, Shadows — covered in sweat and chugging bottled water — seemed relieved. How would Avenged celebrate this triumph? A few hours later, they boarded their tour bus and headed for Oregon, where they'd spend Friday (June 30) fishing at a lakeside cabin.

On Thursday, with the majestic, snowcapped Mount Rainier as its backdrop, Sharon Osbourne's traveling circus of heavy metal and hard rock, bad tattoos and worse habits, launched in Auburn. The small town is about 50 minutes from Seattle and its main road is lined with smoke shops, casinos and dilapidated shacks that double as residences and pyrotechnics shops.

Fans started lining up outside the venue at around 5:30 a.m, some coming from as far as Texas for an afternoon and evening filled with debauchery and ear-splitting metal. While Avenged's set was one of the day's many highlights, the majority of the 15,000 fans were there for the same reason: Ozzy Osbourne, the festival's unstoppable namesake.

Ozzy, who closed out the kickoff's main stage but will be playing only half this year's Ozzfest dates (see "Ozzy Playing Ozzfest's Second Stage For The First Time"), whipped the audience into a jubilant frenzy Thursday night. Focusing on his post-Black Sabbath career, Ozzy pleased the crowd with "I Don't Know," "Goodbye to Romance," "Suicide Solution" and "Mama, I'm Coming Home."

Of course, it wouldn't have been an Ozzy show without songs like "Crazy Train" and the set's closer, "Paranoid." But in the end, fans were pleased that the singer not only showed — with guitarist Zakk Wylde shredding away — but finished what he started. When Ozzfest rolled through town last year, he stormed off the stage when his voice went out, abandoning his Black Sabbath bandmates (see "Ozzy Retires As Ozzfest Headliner: 'It's Time For Me To Move On' "). Ozzy was in fine form Thursday, though. He delivered an energetic performance and his voice sounded stronger than it has in years.

Of course, Ozzy wasn't the main stage's sole attraction. Following Avenged, Disturbed mounted the stage for what ended up being one of the night's more commanding sets.

Frontman David Draiman, with his crisp, potent voice, directed fans to thrust their fists above their heads, in effect re-creating the cover of the band's latest LP, Ten Thousand Fists (see "Disturbed Pummel Billboard Competition With #1 Fists"). At one point during Disturbed's performance — which was highlighted by "Liberate," "Stricken" and the closer, "Sickness" — the audience hoisted a fan strapped to a wheelchair high above their heads for a brief crowd-surf. Draiman told his stagehands to bring the fan onstage, shook his hand and wheeled him near the drum kit, where he watched, wide-eyed, as Disturbed continued to instigate the more-than-willing circle-pit moshers who raged in the arena's general-admission area.

Ozzfest vets System of a Down, who'll be going on an indefinite hiatus following Ozzfest (see "System Of A Down Aren't Breaking Up — They're Going On Hiatus"), arrived Wednesday on separate buses. They were the show's most distracting performers — or maybe the most distracted.

At first, through the opening "Soldier's Song" and the next four that followed, guitarist Daron Malakian seemed to be struggling to keep up with the rest of the band, improvising lyrics when it was his turn to bark into the microphone (although during "B.Y.O.B.," he rethought the lyric, "We don't live in a fascist nation," by quickly muttering, "Yes, we do").

Frustration manifested itself on "Lonely Day," when he improvised, "Such a lonely day, hanging out with the band/ This mother----er I can't stand." The band later told us Malakian's impromptu lyric referred to the day (as it does on the album version of the song) and not to any tension between band members, as we had originally surmised: "The only thing that makes a lonely day livable on tour is each other's company," Tankian and Malakian wrote in an e-mail. [The lyric was] referring to the day ... Not each other." None of that seemed to matter to the rabid crowd, though, which leaped, bounced and clawed its way through the pit.

System appeared bored at the beginning of the set, but by the end, they worked the crowd into an abusive mob of fist-pumping fanatics with "Sugar" and other songs. Tankian danced around goofily with his eyes closed through "Hypnotize" while Malakian mounted his guitar.

Long before Avenged even left their dressing rooms, Italian metallers Lacuna Coil led the Ozzfest faithful through a 30-minute set, which included a cover of Depeche Mode's "Enjoy the Silence" and ended with "Our Truth." England's DragonForce, Ozzfest first-timers, played a frantic, high-energy set that ended with "Through the Fire and Flames" and was followed by dozens of kids sprinting for the merch stands to buy the band's shirts.

Hatebreed, making their mainstage debut following a stint two years ago on the second stage (see "Slayer, Hatebreed Doing Double Duty On This Year's Ozzfest"), did what they always do: inspire utter mayhem. Singer Jamey Jasta growled at the audience through "Tear It Down" and then calmly asked fans to take a few steps back during "To the Threshold," as several people had become pinned against the metal barricade separating the pit from the stage. By the finale, "I Will Be Heard," the barricade had buckled, eating into Avenged's time as security crews worked to amend the situation.

As usual, this year's Ozzfest began at the ungodly hour of 9 a.m., with the always-spastic Bad Acid Trip kicking off the dingy second stage. Following A Life Once Lost's crippling cache of metal mischief, it was All That Remains' turn to pound the audience into submission. Led by frontman Phil Labonte, who ran from one side of the stage to the other, the Massachusetts metallers ripped through tracks including "Tattered on My Sleeve." After demanding the audience mosh, pogo or just wake up, during the finale, Labonte jumped into the crowd — a violation of the Ozzfest mandate — and fed the microphone to adoring fans who belched out the lyrics.

"Are you ready for some fast, brutal sh--?," asked the Red Chord's Guy Kozowyk, who, despite suffering from a nasty case of bronchitis he's failed to kick after 10 days of antibiotics, delivered one of the day's most severe and intense sets. He stared maniacally at the audience as it tore itself apart during "Love on the Concrete" and smiled at the pit, from which sneakers flew one after the next. Kozowyk screamed his lungs out — and eventually his breakfast too, as he rushed off the stage following the set and threw up near his band's bus.

Strapping Young Lad rolled out "You Suck," the first single from the technical Canadian group's forthcoming album, The New Black. Strapping abused their instruments for five songs before eventually ending with "Detox," after which frontman Devin Townsend instructed the audience to "Go right to the merch stand and buy all our sh--." He does, after all, have a baby on the way.

Later on, following a performance by Walls of Jericho, Full Blown Chaos' Ray Mazzola fought back tears as he purged the lyrics to "Solemn Promise." He told the audience he'd written the song for his mother, who has been battling cancer for more than a decade. Mazzola regained his composure and resumed barking like a pit bull into the mic.

The stage looked as though a bomb had hit it when Norma Jean dove into "Shotgun Messiah," with their amps strewn, scraped up, torched and melted in various spots. The bandmembers donned torn shirts and jeans and their faces were smeared with dirt, as if they'd just climbed out of a coal mine, as they raced through their guitar-flailing set.

Following Bleeding Through's bone-snapping performance, the crowd — slurping Sno-Cones and sporting body paint on their topless, out-of-shape frames — was wall-to-wall by the time Unearth made their way onstage. The stage undulated as the band delivered a crushing set, highlighted by the punishing "Black Hearts Now Reign."

Atreyu played next, and after they vacated the stage, it was time for Zakk Wylde's Black Label Society, a band that has become as emblematic of the fest as Ozzy himself. Wylde's leather-clad outfit unleashed a sludgy, whiskey-fueled onslaught of razor-sharp guitars, caustic drum work and blasting bass that lived up to the band's reputation of rockin' hard with no-holds-barred.